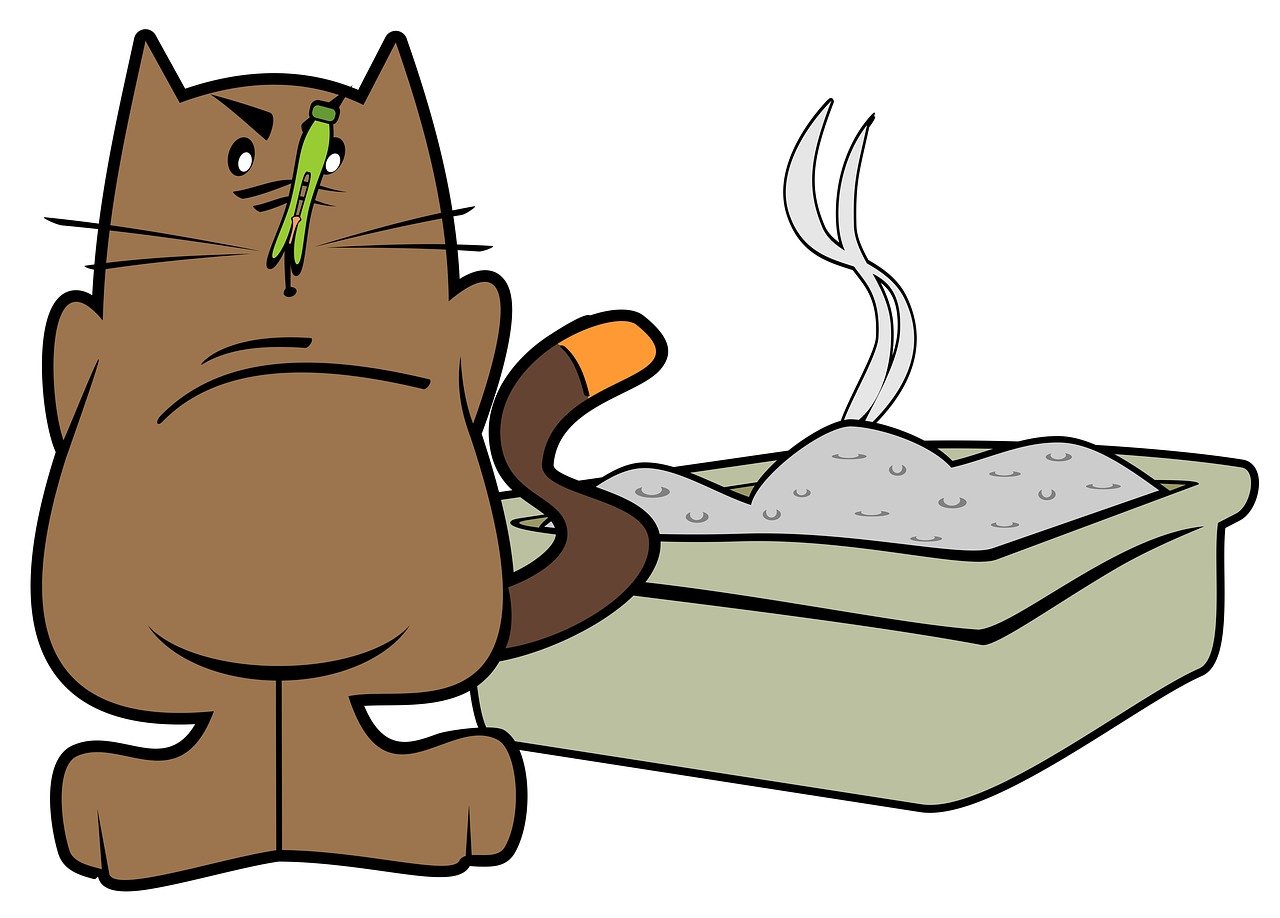 How can you find a less heavy atmosphere without saturating the air in the bathroom with the deodorant from the toilets?

Cat owners know that litter is a special object! While essential for the well-being of their cat, it often gives off a foul odor of urine and feces, whether open or closed.

Fortunately, there are solutions to avoid or greatly limit these bad smells.

Here are our 12 tips and tricks to achieve it.

This trash bin with lid is very easy to use. The trash can find its place anywhere in the house, thanks to its clean design.

With your shovel, you collect your feline’s urine, stools and other droppings that you dump in the trash.

Before throwing away the trash, be sure to pull the front lever to allow the trash bag to open.

Once you are done, push the handle back to make the garbage bag perfectly airtight and prevent the spread of soiled litter odors.

The Joybos bathroom trash can is designed to prevent odors from passing through. And indeed it is really very efficient!

Once the manipulation has been carried out several times, the trash will fill up. It’s time to empty the trash.

You have to open the trash with a one touch clip and unclip the bag with ease in order to throw the litter in the trash can of your residence or house.

Don’t forget to throw the litter in the non-recyclable bins! 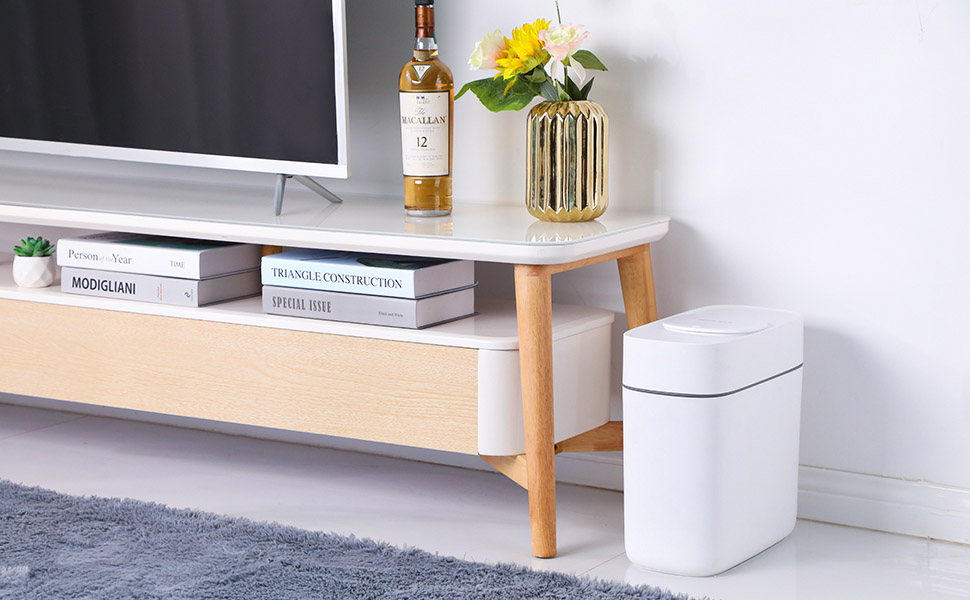 Reduce Cat Litter Odors with the Joybos Bathroom Trash Can

Vegetable litter has a neutral odor, and its absorbency is superior to mineral litter. It stays cleaner longer, and it absorbs odors along with liquids!

In order to keep a clean and smelly litter box, it is imperative to collect your pet’s droppings AND urine daily.

This is possible thanks to a clumping vegetable litter, which solidifies cat pee in the form of solid pellets.

The litter is therefore free of its bad odors, and it lasts longer, which also makes it very economical!

The most natural of all litter deodorants is sodium bicarbonate (buy it in your supermarket in the salt section).

In addition to daily pickup, change the litter box frequently.

Follow the manufacturer’s recommendations, adapting them to your needs: size of the tank, number of cats, frequency of their needs, etc.

I am a strong advocate of natural nutrition for our kitties.

This does not necessarily mean to cook a meal for your animal every day (even if it is possible!), but quite simply to offer him boxes and natural kibbles, that is to say free of chemical additives.

When we remove all these artificial products that are not necessary (and even sometimes toxic), the cat only ingests ingredients that his body needs… and thus he rejects less foul smelling junk!

Thanks to the litter bag, the box or the toilet house are protected. Their surface never comes into contact with urine or droppings, and retains less bad odors.

Rather than the simple box that shows your cat’s needs for everyone to see, buy her a closed litter box with a cat flap. This preserves its privacy and contains more odors.

This is therefore a good way to prevent them from diffusing into the ambient air.

Be careful, however, because a closed litter concentrates more odors inside and can inconvenience some delicate tomcats.

It is therefore important to ensure that you eliminate excrement and urine soiled grains every day to limit the odors that emerge.

If your cat is not used to this type of litter box, let it get used to it slowly without forcing it so that it does not get scared.

To do this, have him use the bottom of the tray without a lid and leave it nearby for fun.

When this step is completed, add the cover without a cat flap, then integrate the cat flap.

9. Offer Him a Cat Litter Box with a Charcoal Filter

In addition, most models are equipped with a charcoal filter that allows good ventilation inside, while filtering out unpleasant scents…

It is common knowledge that baking soda is formidably effective against odors (especially for household chores), however I had never made the connection with my kitty’s litter box.

You just need to pour some at the bottom of your feline’s litter box after cleaning it, and then cover it with your usual litter. This will allow urine to absorb more efficiently, and the plastic in the litter box will pick up the odor your cat needs less quickly.

White vinegar is also a good way to eliminate bad odors and prevent their recurrence. Certainly, its own smell can be unpleasant, but it disappears very quickly.

Once your litter box is clean and dry, pour some white vinegar on a clean cloth and run it through the entire box. Any leftover urine odors will disappear and you will prevent them from coming back too quickly.

12. Optimize the Location of the Cat Litter Box

Finally, if you are very sensitive to odors, we recommend that you place the litter box in a well-ventilated area rather than in a confined area.

However, avoid at all costs placing it near your cat’s food or water, otherwise he may go to relieve himself elsewhere!

And why not place the bin on the balcony? This is only possible if continuous access to the outside can be ensured with a cat flap.

You are now armed to fight against the odors of unpleasant litter!

There are of course other tips and tricks to fix the problem, but at least these have been tested and approved by me!

Tell me what you think in the comments below!

Image by Merio from Pixabay